Prophet Magaya Urges to Fight Back His Rivals 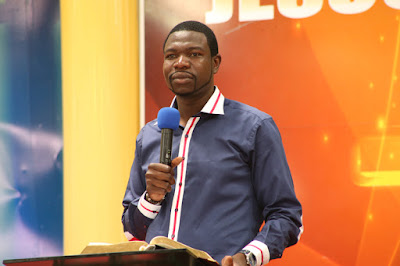 Phophet Walter Magaya, the General Overseer and Founder of Prophetic Healing and Deliverance (PHD) Ministries based in Harare Zimbabwe, promised to attack back those who fight and attack him and his Ministry. He was very dissapointed pointing out some of the attacks he gets including being using the powers of darkness to minister healing and deliverance.
The Prophet with the branch in Dar es salaam, Tanzania, unveiled how he will fight his rivals in the Ministry in the 12th of October 2016 evening service. He said, especially those whom him and his ministry helped them prosper and be successful, when they attack him, he will use the medium of Yadah TV, the TV Channel owned by his ministry, to speak of their betrayal, urging other people to beware of helping such betrayers as the way of getting rid oF the mess.
Moreover, the Prophet, insisted to the congregants to continue supporting the housing project whose idea he received from the Lord. The project has started already but more effort and collaborative work is needed to make it a success. Also, he adviced the Christians to be identified by a single father and not multiple fathers, so that they can grow and cherish spiritually.
He was crystal clear that, the Ministry will not fall and those wishing so, will fall themselves. The Ministry will dwell to fulfill the purpose of God under the sun.

IF YOU ARE PLEASED BY THE CONTENTS WE POST, OR YOU HAVE QUESTION, SUGGESTION, OPINION OR COMPLIMENT, JUST TYPE YOUR COMMENTS ON THE SPACE BELOW (or CLICK below where written "no comments" and the text box will appear). OR YOU MAY ALTERNATIVELY EMAIL US AT mkahaya@gmail.com OR whatsapp/sms +255717250805. MAY GOD BLESS YOU IN ABUNDANCE