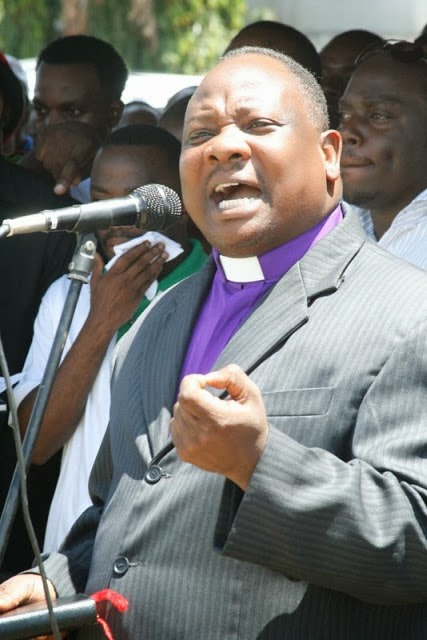 Bishop David Mwasota of the Naioth Gospel Assembly church located outside Mabibo external, Dar es Salaam said this at a service to begin the new year of 2013 at the church where many members appeared at the altar of the Lord and testified of what God had done for them throughout 2012.
Warning in his sermon he said that there is now a belief in Christianity that believers are made to reach God through the ministers they lead. These ministers make their believers dependent on them for all spiritual matters especially the whole matter of prayer and thus make them incapable of being spiritually independent.
Bishop Mwasota made it clear that this situation was another ‘copy’ that came instead of the faith that many had before they were saved where believers approach God through ministers. The bishop emphasized this by giving an example to other ministers who urge people to go to their homes just to be prayed for and to encourage them to do other things that they should do.
In addition, Bishop Mwasota who is the General Secretary of the Council of Pentecostal Bishops in Tanzania (PCT), made family prayers for his associates in the service as well as praying for the olive oil that the faithful brought with them to be anointed to break the problems and yoke in their lives. . The bishop has decided to put the anointing oil in oil and the faithful use it to apply it on the scalp, in the house n.k. after he received a great miracle from the anointed oil.
In addition, during the service the Servant of God pronounced a blessing on the members as well as cars and a lot of money for the year 2013. After all, the day ended with a joint meal to celebrate the new year 2013 where people of all ages, wives and husbands participated in the meal.
(photo courtesy of gospelkitaa blog)
Email ThisBlogThis!Share to TwitterShare to FacebookShare to Pinterest
Labels: Tanzania Gospel Blog