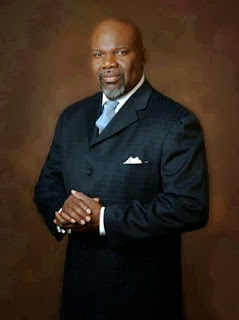 Dr. Tony Evans, pastor of Oak Cliff Bible Fellowship, said, “I am disappointed. As a Christian and as a person who believes the Bible has established clearly what marriage is supposed to be between a man and woman, and because of the reality that the saga of a nation is really the saga of its family’s written large. And when you redefine the family other than what the Creator intended when he established it, then you look at the devolution of civilization.”
Bishop Harry Jackson, senior pastor of Hope Christian Church in MD, said “I think the president has been in this place for awhile and that he chose this time because he thought that it might shift the balance of power. The timing made me suspect the motives were political, coming out of the North Carolina victory for the traditional marriage groups and maybe have people kind of rally behind this pro same-sex marriage cause.”
Albert Mohler said, “Pres. Obama’s evolution ends. He publicly supports same-sex marriage (again). Even his friends knew his “evolving” position was dishonest. Why did Pres. Obama make his same-sex marriage statement now? Wash. Post. reports that 1 in 6 of his most generous fundraisers is openly gay.”

Pastor Jack Graham said, “At the source of the same sex marriage issue is the spiritual emptiness of a nation which has forgotten God and denied His Word. Let me appeal to all my pastor friends to clearly and unequivocally state your support of Biblical marriage. Don’t sit this one out.”

Gary Bauer, president of American Values, said, “The charade is finally up. We’ve always known that Barack Obama supports same-sex marriage. With every action he’s taken, from court appointments to his rhetoric, he’s been preparing the way to undermine traditional marriage. Obama’s finally made that support explicit.”
Minister G. Craige Lewis said, “Folks were so determined to make Obama a Christian. But Christians do not support gay marriage. So, what does that make him now? Mark 7:6 – He answered and said unto them, Well hath Esaias prophesied of you hypocrites, as it is written, This people honoureth me with their lips, but their heart is far from me.

Tony Perkins, president of Family Research Council” He supports legalizing same-sex marriage finally brings his words in sync with his actions. From opposing state marriage amendments to refusing to defend the federal Defense of Marriage Act (DOMA) to giving taxpayer funded marriage benefits to same-sex couples, the President has undermined the spirit if not the letter of the law 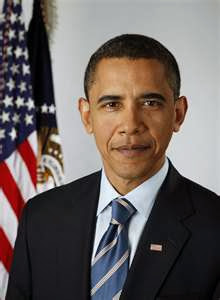 The announcement was the first by a sitting president and put Obama squarely at odds with presumptive Republican presidential nominee Mitt Romney, who on Wednesday said during an appearance in Oklahoma, "I believe marriage is a relationship between a man and a woman."
Obama said in an interview with ABC News, "At a certain point I've just concluded that for me, personally, it is important for me to go ahead and affirm that I think same-sex couples should be able to get married."

Obama once opposed such marriages. He later indicated his views were "evolving."

"I had hesitated on gay marriage, in part, because I thought civil unions would be sufficient," the president said. "I was sensitive to the fact that -- for a lot of people -- that the word marriage is something that provokes very powerful traditions and religious beliefs."

But, Obama said, his thinking shifted as he witnessed committed same-sex marriages and thought about U.S. service personnel who were "not able to commit themselves in a marriage."

It was not immediately clear how the development -- which same-sex marriage advocates had long sought -- might play out at the voting booth.

But a CNN/ORC poll, taken in late March, indicated policies towards gays and lesbians were tied for last in the most-important issues facing the country.

Obama was "disappointed" by Tuesday's vote on the issue in North Carolina, which he described as discriminatory against gays and lesbians, a spokesman said earlier Wednesday.

North Carolina voted to implement a state constitutional ban on same-sex marriage, which was already prohibited by state law. Supporters of the measure pushed for the constitutional amendment, arguing that it was needed to ward off future legal challenges.The president said he supports the concept of states deciding the issue on their own, ABC News reported.

Obama said his daughters, Malia and Sasha, have friends whose parents are same-sex couples. "It wouldn't dawn on them that somehow their friends' parents would be treated differently. It doesn't make sense to them and frankly, that's the kind of thing that prompts a change in perspective."